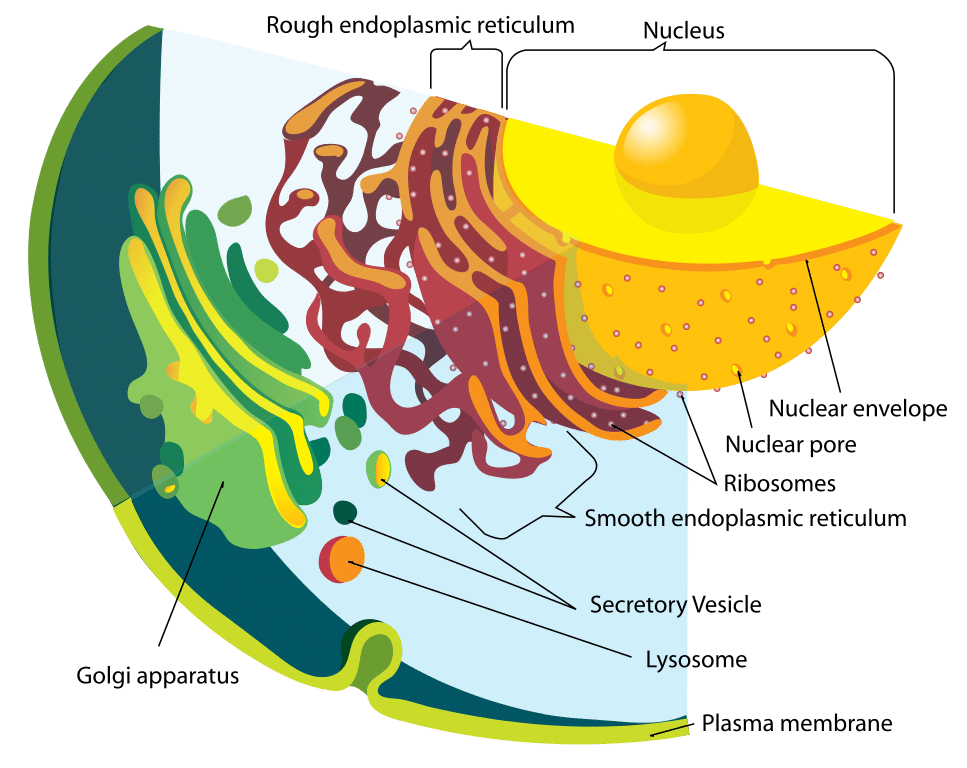 The ribosome that is synthesizing the protein is directly attached to the ER membrane. One important ER resident protein is protein disulfide isomerase PDIwhich catalyzes the oxidation of free sulfhydryl SH groups on cysteines to form disulfide S-S bonds.

Proteins that are transported into the ER by a posttranslational mechanism are first released into the cytosolwhere they are prevented from folding up by binding to chaperone proteins, as discussed earlier for proteins destined for mitochondria and chloroplasts.

This transfer does not occur spontaneously because it requires the passage of a polar head group through the membrane. In addition to the mechanical support, the wall acts as a framework that can prevent the cell from expanding or growing too quickly.

When large quantities of certain compounds, such as the drug phenobarbital, enter the circulation, detoxification enzymes are synthesized in the liver in unusually large amounts, and the smooth ER doubles in surface area within a few days. Here, a transport vesicle from the Golgi or elsewhere in the cell merges its membrane with the plasma membrane and releases its contents. For example, whereas some integral membrane proteins span the membrane only once, others have multiple membrane-spanning regions. It provides an extraordinary plasticity for remodeling membrane bound compartments, which means grow, division, fusion of the compartment, and be able of releasing and recruiting vesicles. Therefore, the membrane lipids and proteins that are synthesized in the ER must be transported through the network to their final destination in membrane-bound vesicles. Because methionines have an unbranched, flexible side chains, the pocket is sufficiently plastic to accommodate hydrophobic signal sequences of different sequences and shapes. The ribosomes are always found on the outside surface, so the interior of the microsome is biochemically equivalent to the lumenal space of the ER Figure Nevertheless, all modes of insertion of membrane proteins can be considered as variants of the sequence of events just described for transferring a soluble protein into the lumen of the ER. Some proteins, however, are imported into the ER after their synthesis has been completed, demonstrating that translocation does not always require ongoing translation. Endocytosis occurs when the cell membrane engulfs particles dark blue outside the cell, draws the contents in, and forms an intracellular vesicle called an endosome.

Because methionines have an unbranched, flexible side chains, the pocket is sufficiently plastic to accommodate hydrophobic signal sequences of different sequences and shapes.

Posttranslational protein translocation is especially common across the ER membrane in yeast cells and across the bacterial plasma membrane which is thought to be evolutionarily related to the ER; see Figure